What was the internet like before Google? It’s time to look back because we just crossed a milestone.

America today gave up oversight of the internet domain name system. The contract between the Internet Corporation for Assigned Names and Numbers (ICANN) and the United States Department of Commerce National Telecommunications and Information Administration (NTIA) expired today. The non-profit ICANN, based in Los Angeles, includes representatives from 111 countries, including China and Russia which, some fear, will gain more influence over the internet.

America had a say on the domain name system because the internet was largely an American creation. Before the English computer scientist Tim Berners-Lee invented the World Wide Web in 1989, there was ARPANET, established in 1969, and email, going back to the 60s and the 70s, both American in origin.

Even the “god of the internet”, who set technical standards, particularly in the area of domain names, was an American computer scientist named Jon Postel. After helping set up ARPANET, it was he who administered the Internet Assigned Numbers Authority (IANA) until his death in October 1998 at the age of 55.

IANA, a non-profit private American organisation that oversees global IP address allocation, has been administered ever since by ICANN on a contract that kept it under US government oversight. That ended today. 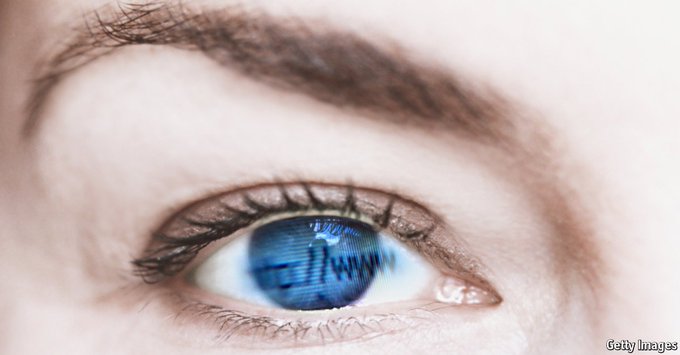 Why is America giving up control of ICANN? http://econ.st/2dJ2m5S

“Internet users will see no change or difference in their experience online as a result of the stewardship transition,” said an ICANN official statement.

ICANN has the power to change the internet. For, as the Economist said, “Whoever controls the internet’s address book can also censor the internet: delete a domain name (such as economist.com) and the website can no longer be found. That is why, as the internet grew up, America decided not to hand control to the United Nations or another international body steered by governments. Instead, in 1998 it helped create ICANN.”

But “American oversight came to seem odd as the internet grew into a vast global resource with much traffic no longer passing over American cables,” said the Economist. “Then came revelations that the National Security Agency had spied on internet users in America and elsewhere.” Washington gave up oversight after ICANN agreed to carry out reforms to ensure it would be truly independent and not controlled by other governments or commercial interests, the Economist added.

ICANN was founded on September 1998.

Google was also founded in September 1998. Google, which celebrated its 18thbirthday with a Google Doodle on September 27 this year, filed for incorporation on September 4, 1998.

I still remember seeing Google’s search page for the first time. That must have been in 1998. I didn’t remember the date but Wikipedia says it was around 1998 that the Google search engine was made available to the public from the domain name Google.com, registered in 1997. There were other search engines back then, such as Alta Vista, Lycos, HotBot, Excite and Ask Jeeves. And Yahoo.

I loved Yahoo. Yahoo News carried news from various sources including Reuters and AP. Then there was My Yahoo! A personalised site where you could read news and articles from sources you liked.

Google, at first, seemed too minimal and specialised – just a search engine. But it soon proved very good at what it did and jumped to the top of the class, leaving behind the others. Yahoo is now a hard-up straggler and some of the others have even given up the ghost.

Netscape was the No 1 web browser back then, facing competition from the newbie Internet Explorer, which came pre-installed on Windows computers. For email, one could choose Outlook, Outlook Express, Hotmail, Yahoo Mail, Eudora. There were even movies made about email, like the Hollywood romance, You’ve Got Mail, starring Tom Hanks and Meg Ryan, released in 1998.

Hands up if you remember Geocities. That was the website builder we used back then to make our own webpages. I loved Geocities and its colourfully named “neighbourhoods” such as Athens, Bourbon Street and SoHo where we could write and post pictures. Then came Blogger in 1999 followed by WordPress.com in 2005, Twitter in 2006 – Facebook was opened to everyone 13 or older in 2006 – and here we are today.

The internet has seen a sea change since 1998 but some of the colourful figures from those days are still carrying on.  Dave Winer, who helped create RSS feeds, is still blogging at Scripting News. Biz Stone of Twitter is active on Medium. Jeff Jarvis, professor of journalism, has been blogging since 2001. (There’s his BuzzMachine.) Jimmy Wales, who co-founded Wikipedia in 2001, is active onQuora. Bill Gates has his GatesNotes.

Others have come up since then, but there has to be both change and continuity. That’s life, that’s the way of the world, evolution’s more comfortable than revolution.