Shakespeare Basics for Grown-ups comes with the subtitle: Everything You Need to Know about the Bard. That sounds rich, but the authors E Foley and B Coates deliver. Concise, comprehensive, it’s a great briefing on the Bard. 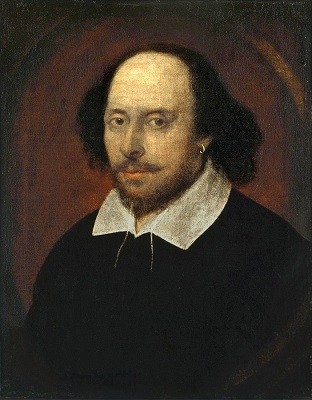 The authors, a pair of British book editors, say in the introduction: “We don’t claim to be Shakespeare scholars; we are ordinary readers who were curious to learn more about our greatest national poet, and became passionate about passing on the most interesting facts we discovered. The aim of this book is to give a solid understanding of Shakespeare’s genius and to arm you with the tools you need to enjoy him with confidence and insight.”

My understanding remains shaky. But Shakespeare Basics for Grown-ups told me more than I knew. And going through it was a pleasure because it’s succinct, well-organized, informative and refreshingly free from academic jargon.

Shakespeare’s plays in one sentence each

I was blown away by the sheer chutzpah when the introduction reached the third page, which begins “Brevity is the soul of wit” and sums up “All Shakespeare’s plays in one sentence each”.

“Worthy Roman Brutus, concerned about his dictator friend’s political ambitions, gets caught up in a conspiracy that ends with him stabbing a disappointed Julius Caesar before being driven to suicide by his rival Mark Antony’s superior oratory and tactics.”

“The Thane Macbeth receives a prophecy from three “weird sisters” that he’ll be King of Scotland, and his murderously ambitious wife helps him to achieve his dream, but at the very worst price.”

“Listless student prince Hamlet, traumatized by his villainous uncle Claudius’ fratricide, is inspired by the ghost of his father to feign insanity, sending his girlfriend Ophelia loopy and resulting in a catastrophic poison-and-fencing bloodbath.”

“Old King Lear makes a terrible mistake in trusting his bad daughters and exiling his truest child, Cordelia, before going mad on a stormy heath and dying with Cordelia’s expired body in his arms.”

The single-sentence summaries may seem stunts, gimmicks, too clever by half, but the reader gets his money’s worth: the book packs longer summaries, key themes, key scenes, critical responses and a lot more in just over 300 pages.

There are interesting little nuggets. Recalling Shakespeare’s life and times, the book notes:

Shakespeare Basics for Grown-ups isn’t just handy on the Bard; there are even succinct, little explanations of Aristotle’s Poetics terminology.

Discussing Shakespeare’s tragedies, it explains the following terms from Poetics:

“Catharsis – meaning ‘purgation’ – refers to the experience of strong emotion aroused while watching a play that benefits the audience by purging them of extreme feelings and leaving them in a calmer state. Aristotle believed that tragedies should inspire fear and pity. King Lear certainly inspires both of these but whether or not it leaves the audience feeling purged and calm is very much up for discussion.

“Hamartia – meaning ‘error’ – refers to the crucial mistake a hero makes that causes the climax of the action. In later centuries hamartia was often interpreted to mean ‘tragic flaw’, a natural weakness inherent in the hero rather than just a mistake he makes. This led to the idea that you can neatly explain the tragic ends of Shakespeare’s heroes through one damaging character trait: e.g., Macbeth’s tragic flaw is ambition, Hamlet’s is indecision, Lear’s is pride, Romeo and Juliet’s is recklessness, Othello’s is credulity. However, a nuanced reading of Shakespeare’s plays shows this is a simplistic approach.  And, in fact, all of these flaws could be recast as virtues in different circumstances. Macbeth’s ambition doesn’t have to lead to murder, Hamlet’s thoughtfulness and wariness about committing murder are admirable, Lear’s sense of kingly dignity is perhaps appropriate and certainly doesn’t deserve the suffering it causes, Romeo and Juliet’s wholehearted leap into a love affair despite the enmity of their parents is delightfully romantic and Othello’s trust of Iago wouldn’t be a problem if Iago weren’t a psychopath.

“Peripeteia – meaning ‘reversal’ – refers to the climax of the play where the fortunes or the character of the hero change. Romeo’s murder of Tybalt could be seen as a peripeteia.

“Anagnorisis – meaning ‘recognition’ – refers to the moment in a play where the hero realizes some crucial truth about his situation that has been previously hidden from him. Again, Shakespeare’s don’t necessarily include anagnorisis but Othello’s horrifying discovery that Iago has been lying to him could be seen as one example.”

Anyone who has ever had to read the Poetics or about the Poetics will marvel at the clarity and concision with which the terms are explained.

Authors Foley and Coates have really done a fine job in Shakespeare Basics for Grown-ups. Even the quotations they use are great. Writing about Shakespeare’s language, they quote Orson Welles: “His language is starlight and fireflies and the sun and the moon. He wrote it with tears and blood and beer, and his words march like heartbeats.”

The book explains when Shakespeare uses verse and when, prose:

“Plays such as King John and Richard II are entirely in verse, Julius Caesar has barely any prose, and others such as Much Ado About Nothing and The Merry Wives of Windsor have a great deal. Usually prose is employed for comic or light scenes and often for common characters’ speech – as well as for characters who appear to be mad. Generally, the more formally poetic the language is, the more noble the speaker or subject, or the more emotionally intense the scene. Sometimes prose is used subtly to mark out contrasts or differences in relationships – for example, Hamlet usually addresses his best friend Horatio in verse but his false friends Rosencrantz and Guildenstern in prose.”

There’s a little section on the difference between “thou” and “you”:

“Thou” is an informal and singular form of address. “You” is the formal term used when addressing more than one person and as a mark of respect, for example when talking to social superior.

In Twelfth Night, Sir Toby Belch encourages Aguecheek to address Caesario as “thou” three times in his letter of challenge to annoy him. In Othello, Othello calls Iago “thou” but Cassio “you”. Interestingly, Lady Macbeth stops calling Macbeth “thou” and moves to “you” as the play develops. In King Lear, when Kent is remonstrating with Lear for his bad decision about Cordelia, he says, “What wilt thou do, old man?” but reverts to “you” later in the play.

“Shakespeare clearly enjoyed language and frequently indulged in wordplay. He – and the Elizabethan audience – was particularly fond of paronomasia (punning). Among the most famous examples are Mercutio’s dying words ‘Ask for me tomorrow and you shall find me a grave man’, and Richard III’s ‘Now is the winter of our discontent/ Made glorious summer by this son of York’.”

Shakespeare’s imagery is unparalleled, note Foley and Coates, adding: “His similes and metaphors are often heart-stoppingly original, thought-provoking and illuminating.”

O, she doth teach the torches to burn bright.
It seems she hung upon the cheek of night
As a rich jewel in an Ethiop’s ear;

Or, Viola telling Orsino about her secret love in Twelfth Night:

She never told her love,
But let concealment, like a worm i’ th’bud
Feed on her damask cheek: she pin’d in thought
And with a green and yellow melancholy
She sat like Patience on a monument,
Smiling in grief.

“Shakespeare of course is an artist of the highest order, but he had some favourite themes, motifs and events that crop up again and again in all the plays,” note Foley and Coates. Shakespeare Basics for Grown-ups includes the following list showing which themes and motifs mark which plays.

Jealousy:
Othello, Troilus and Cressida, Much Ado about Nothing, Henry V, The Taming of the Shrew, The Merry Wives of Windsor, The Winter’s Tale.

Disguise:
The Two Gentlemen of Verona, The Merchant of Venice, As You Like It, Twelfth Night, Henry IV, Henry V, Cymbeline, The Merry Wives of Windsor, All’s Well That Ends Well, Love’s Labours Lost, Measure for Measure.

Doubles and twins:
Much Ado About Nothing, The Merchant of Venice, The Merry Wives of Windsor, Hamlet, Twelfth Night, The Comedy of Errors, Henry IV.

Bastards:
King Lear, As You Like It, Troilus and Cressida, King John, Henry V, Henry VII, Much Ado About Nothing.

Fools and clowns:
As You Like It, King Lear, Twelfth Night, A Midsummer Night’s Dream, The Tempest, All’s Well That Ends Well, The Two Gentlemen of Verona, The Merchant of Venice, The Taming of the Shrew, Macbeth, Henry IV.

Parents and children:
Romeo and Juliet, The Tempest, King Lear, Hamlet, Pericles, Much Ado About Nothing, The Comedy of Errors, Cymbeline, The Merchant of Venice, The Winter’s Tale, Henry IV, Richard II, Coriolanus, Titus Andronicus, The Henry VI plays, Othello, The Taming of the Shrew.

Shakespeare Basics for Grown-ups may seem basic to Shakespeare mavens, but it covers all the bases from Shakespeare’s themes to language to give the rest of us a heightened appreciation of the Bard.